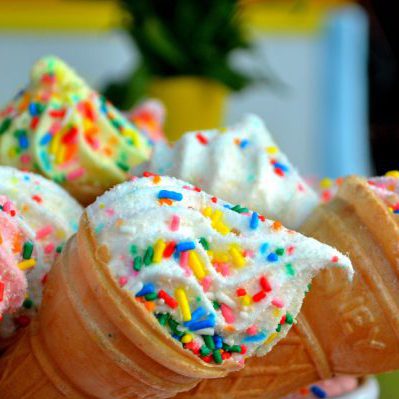 Typically when we hear “You are what you eat,” we think of the link between diet and physical
health. However, we now know that what we eat also has a powerful impact on our mental state.
It is believed that as much as half of what we eat feeds our brain. It’s indeed quite a greedy
organ! With this in mind, it is apparent that diet can impact our thoughts, emotions, memory, self-control, and other aspects of mental functioning.

Sugar and the Brain

So, in comes sugar – the food that is craved and loved by many people. Unfortunately, this love is not reciprocal.

Over 100 years ago, a well-known health educator stated, “Sugar is not good for the stomach. It causes fermentation and this clouds the brain and brings peevishness (irritability, fretfulness) into the disposition.”

When we ingest a lot of refined sugar – i.e., white sugar – the blood glucose level spikes and
then rapidly declines. This can lead to irritability, nervousness, and fatigue. Consuming too much
of this type of sugar is comparable to injecting our bodies with a syringe full of this substance.
The brain doesn’t function well when it receives glucose in this manner. A better way to get
glucose to the brain is in a “time-released” fashion, which occurs when we consume healthy
carbohydrates such as fruits, legumes, and whole grains.
When I was being trained as a psychologist, the idea that sugar affects mental functioning was
ridiculed by a number of my fellow students, and even some of my professors. Several years
after that, when I was in private practice, more than a few of my psychological colleagues also
minimized the impact of sugar on the mental and behavioral disorders of their patients. However,
this is something that can no longer be ignored, as there is increasing evidence that contradicts
such thinking.
Sugar and Psychological Disorders
There is evidence that sugar is a culprit in various psychological disorders. In one study, Dr.
Malcolm Peet, a British psychiatric researcher, conducted a cross-cultural analysis of the
relationship between diet and mental illness. He found a strong link between high sugar consumption and the risk of both depression and schizophrenia. 2

Other experts state that refined sugar is linked with depression because it does not supply manynutrients and may also deplete B vitamins that are essential for proper nervous system functioning. In my work with depressed individuals, it was not uncommon for many of them to have sugar cravings and consume large amounts of refined sugar. They would often report that this made them “feel” better, at least temporarily. There is a physiological explanation for this – in short, sugar consumption is related to the synthesis of serotonin, which is a mood-regulating neurotransmitter. But, when refined sugar is ingested, the “feel good” effect is only short-lived because of other destructive mechanisms that take place thereafter (which we will not address in this article). This, in turn, makes the depressive symptoms worse. An interesting side note is that when I worked with individuals who had these sugar cravings, I would encourage them to consume omega-3 and many of them reported that their cravings decreased or eventually stopped.

And what is sugar’s role in ADHD/ADD? There is no clear scientific evidence that its
consumption can lead to problems with attention, hyperactivity, or any other symptoms of this
disorder. However, the observations of many lay persons (and even some health professionals
such as myself) reveal that when children consume considerable amounts of refined sugar, they
appear to become more hyperactive, distractible, and even aggressive. Thus, even though the
empirical evidence is lacking, as a mental health practitioner, I still encourage parents to
eliminate refined sugar, in all its forms, from the diets of their children.
Sugar Addictions
In her book “Potatoes Not Prozac,” Dr. Kathleen DesMaisons purports that sugar can be
addicting and that this addiction is a measurable physiological state. According to Dr.
DesMaisons, sugar acts like a drug, affecting the same receptors of the brain as heroin. 3
There is some scientific evidence that supports the hypothesis that sugar affects the brain as a drug. For
example, in one study, rats who binged on a diet of food and sugar water exhibited drug
withdrawal symptoms – such as the shakes and teeth chattering – when the researchers stopped

this diet (or administered an opioid blocker). 4

There is some debate among experts about using the word “addictions” for sugar in the same
way as it is used for drugs, alcohol, and other substances. In spite of this controversy, it cannot
be denied that many people use foods such as sugar to help them manage uncomfortable
emotions, situations, and even thoughts. Some mental health professionals believe that this may
be a form of “self-medication” – the use of self-soothing behaviors, such as the use of alcohol,
caffeine, and even sugar – to cope with untreated mental distress. The problem with this type of
behavior is that it deceives people into focusing on getting relief as opposed to obtaining true
healing for their psychological distress.

The Mind-Body Connection
As we can see, there is adequate support that we can enhance or impair our mental functioning
by that which we take into our bodies. As stated by a health authority, “The relation that exists
between the mind and the body is very intimate. When one is affected, the other sympathizes.” 5
For those suffering from any type of mental or emotional disorder, removing refined sugar from
the diet can contribute to optimal psychological health. Even if you are not suffering from such
difficulties, the avoidance of excess sugar can be helpful for attaining optimal mental and
emotional functioning.
References:
1) White, E.G. Counsel on Diet and Foods, p. 327
2) Peet, M. International variations in the outcome of schizophrenia and the prevalence of
depression in relation to national dietary practices: an ecological analysis. British Journal of
Psychiatry. May 2004, 184:404-408.
3) DeMaisons, K. (1998). Potatoes Not Prozac. Simon and Schuster.
4) Avena, N.M., et al. Evidence for sugar addiction: behavioral and neurochemical effects of
intermittent, excessive sugar intake. Neuroscience Biobehavioral Reviews . 2008; 32 (1): 20-39.
Epub 2007 May 18.
5) White, E.G. Ministry of Healing, p. 241
6) Griffin, Vicki, et al. (2006) Living Free. Lifestyle Matters. www.lifestylematters.com
There is no clear scientific evidence that its consumption can lead to problems with attention,
hyperactivity, or any other symptoms of this disorder.
For those who are accustomed to consuming refined sugar or who may even crave it, the idea of
eliminating it from the diet may seem overwhelming. But remember that God will give us the
strength we need to properly care for our minds and our bodies. We can say with Paul, “I can do
all things through Christ which strengtheneth me.” (Phil. 4:13)
← You Can Have Hope
→ GROW FROM ADVERSITY